SLP Resources Bhd
SLP Resources saw its share price rise by 18.6% over the last four trading days, touching a year high of 72 sen. The positive sentiment may be attributed, in part, to the current slump in global crude oil prices.

SLP is a niche manufacturer of high-quality flexible plastic packaging products such as polybags and polyfilms. Prices for resin, the main raw material used in the production of plastic, is closely correlated to oil prices. Brent crude is now hovering around US$85 per barrel, down 23% from the average of about US$110 per barrel in 2011-2013.

The company’s fundamentals are fairly decent. It is in a small net cash position at end-June 2014.

Domestic market accounted for 58.9% of sales in 2013 while Japan is its largest export market, having first established a presence in 1991. Its long history and significant foothold in Japan is a testament to the company’s reliability and quality products. Other export markets include Australia (5.3%) and Europe (4.3%). 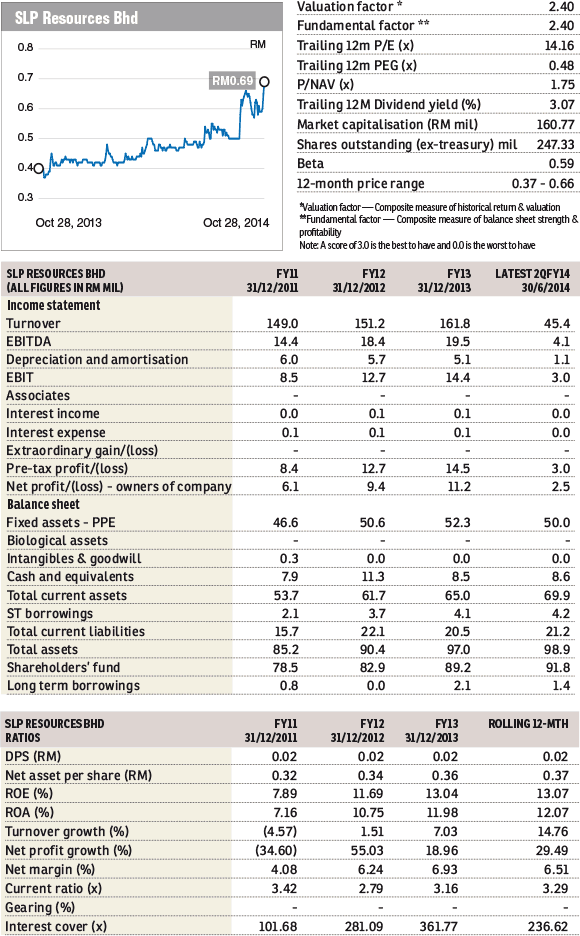