Streetscapes: Bandar Menjalara shoplots on Jalan 5/62A steam ahead 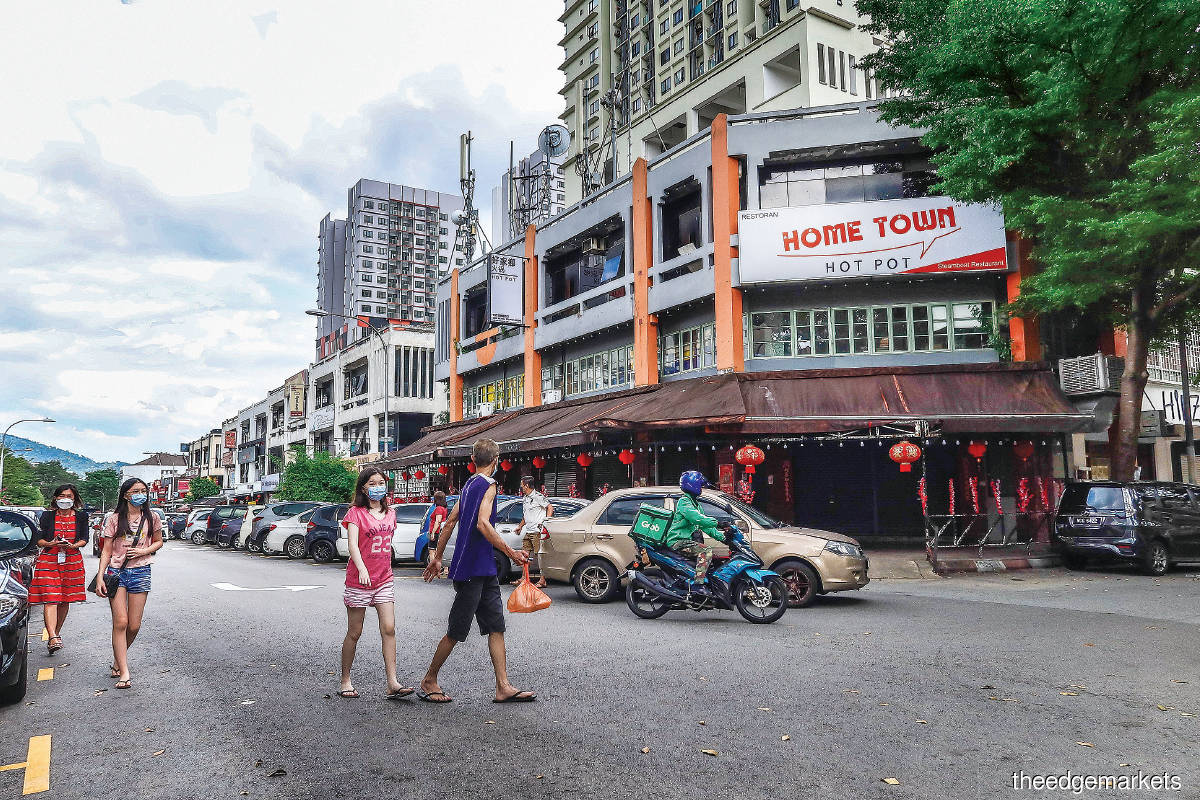 Nestled in the south of Jalan Kepong, which is the main street in Kepong, Kuala Lumpur, is Bandar Menjalara. Named after Paduka Seri Cik Menjalara, the mother of Tunku Abdul Rahman Putra Al-Haj, the first prime minister of Malaysia, the township comprises mostly landed residential property. Its residents enjoy comprehensive ameni­ties such as a public lake park, schools, mosques, high-rise residential homes, offices, a grocer and a commercial hub.

Tang says the commercial hub of Bandar Menjalara is enjoying the spillover effects of an improvement in public transport and a growing population in the area. Over the years, the shoplots have generally been well occupied, indicating that there is healthy demand for shops in the area.

“Being near Desa ParkCity, Kepong and Bandar Sri Damansara, the commercial centre in Bandar Menjalara is able to offer residents in those townships services and products that may not be found [where they live],” he says.

There are plenty of restaurants and cafés in the commercial hub of Bandar Menjalara, especially Chinese cuisine and steamboat, leading many locals to refer to the area as the “steamboat town”.

The 300m-long Jalan 5/62A is one of the busiest streets in the Bandar Menjalara commercial hub. The street also has the most steamboat restaurants in the entire area, including the Yozen Japanese Shabu-Shabu outlet, all-you-can-eat steamboat restaurant EatMor Paradise, Restoran Ketam Steamboat Seafood as well as chain restaurant Hometown Steamboat.

The street also provides services such as a vet, clinic, convenience store, home and living products, budget hotel and college. There was no vacant shop as at February.

Tang says: “The sale transactions would indicate that the market for shops in Bandar Menjalara is quite active and prices and rents have been relatively stable. With the commencement of operations of the Putrajaya Line MRT stations, Bandar Menjalara will become even more easily accessible.”

According to Henry Butcher data, as at March 2021, the average transacted price for shoplots in Bandar Menjalara was RM3 million, or RM215 psf.

“The outlook for shops in Bandar Menjalara is promising in the long term, although, in the immediate term, the poorer business environment, arising from the impact of the Covid-19 pandemic, would have dampened demand a bit. Prices of 4-storey shops appeared to have eased over the last two years, and prices of 2- and 3-storey shops have been quite stable,” Tang says.