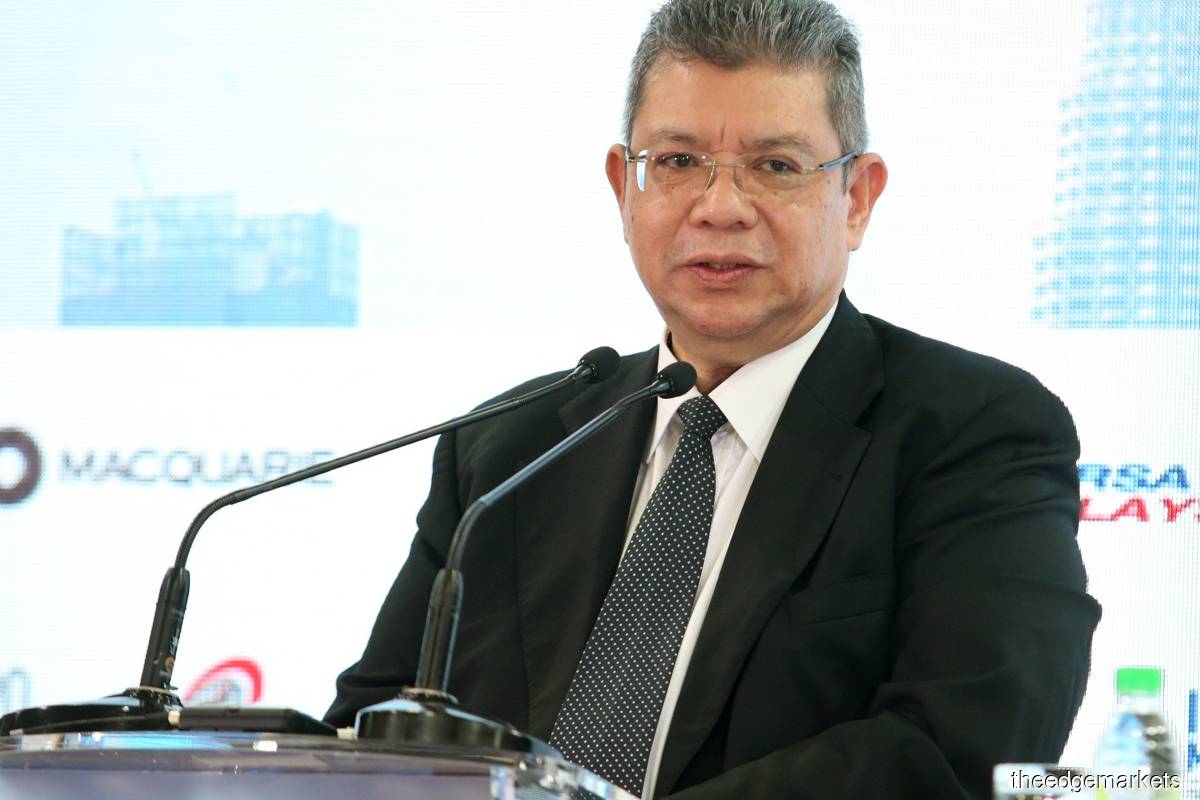 Saifuddin: The Foreign Ministry will be sending notices to the foreign ministries of 168 countries as Stampa had made the Final Award in France and we do not know if they (Stampa and Sulu Sultan heirs) would stop in France or to other countries after this with the same claim.

KUANTAN (May 21): Malaysia will be sending diplomatic notes to 168 countries that signed the New York Convention as an early notification on a possible unilateral legal claim by the heirs of Sultan Jamalul Kiram II or arbitrator Dr Gondoza Stampa over the 'Final Award' to the descendants of Sulu Sultan.

Foreign Minister Datuk Seri Saifuddin Abdullah said the proactive move was taken so that 168 countries were aware of the unilateral claim apart from hoping that the countries involved would inform Malaysia if there were such applications filed in their countries.

Overall, 169 countries signed New York Convention, however, the Paris Arbitration Court in France had earlier made the decision that Malaysia pays compensation of US$14.92 billion (RM62.59 billion) to the party claiming to be the heirs of Sulu Sultan.

"The Foreign Ministry will be sending notices to the foreign ministries of 168 countries as Stampa had made the Final Award in France and we do not know if they (Stampa and Sulu Sultan heirs) would stop in France or to other countries after this with the same claim.

"We have applied to strike out the Final Award and we are now waiting for a decision of the French Court soon,” he told a media conference after the Perikatan Nasional (PN) Indera Mahkota Parliamentary Constituency Hari Raya event here on Saturday (May 21).

The government of Malaysia does not recognise claims made by parties of the alleged heirs of Sulu Sultan and rejected the Final Award issued by Stampa or allegations of violating the 1878 Agreement between Sulu Sultan with Baron de Overbeck and Alfred Dent, in which the Sulu Sultan had handed over perpetually his territories in North Borneo, now Sabah.

In return, Sulu Sultan and his heirs would be given a cession payment of RM5,300 a year; however, following the armed attack in Lahad Datu, the payment was stopped in 2013.

Touching on the matter, Saifuddin, who is also Indera Mahkota MP, said he met Sabah Chief Minister Datuk Seri Hajiji Noor on Friday and informed him of the federal government’s action to fight the claim of the heirs of Sulu Sultan and both sides agreed to meet more frequently to launch the effort.

Apart from the Sulu Sultan’s claim, Saifuddin said he and Hajiji also agreed that an official representative from Sabah would be involved in the General Border Committees of Malaysia-Indonesia which involved maritime and land borders.

"I also met with the state Chief Minister, Menteris Besar and Premier bordering neighbouring countries so that we were more systematic and the border committees would have representatives from the states concerned,” he said.