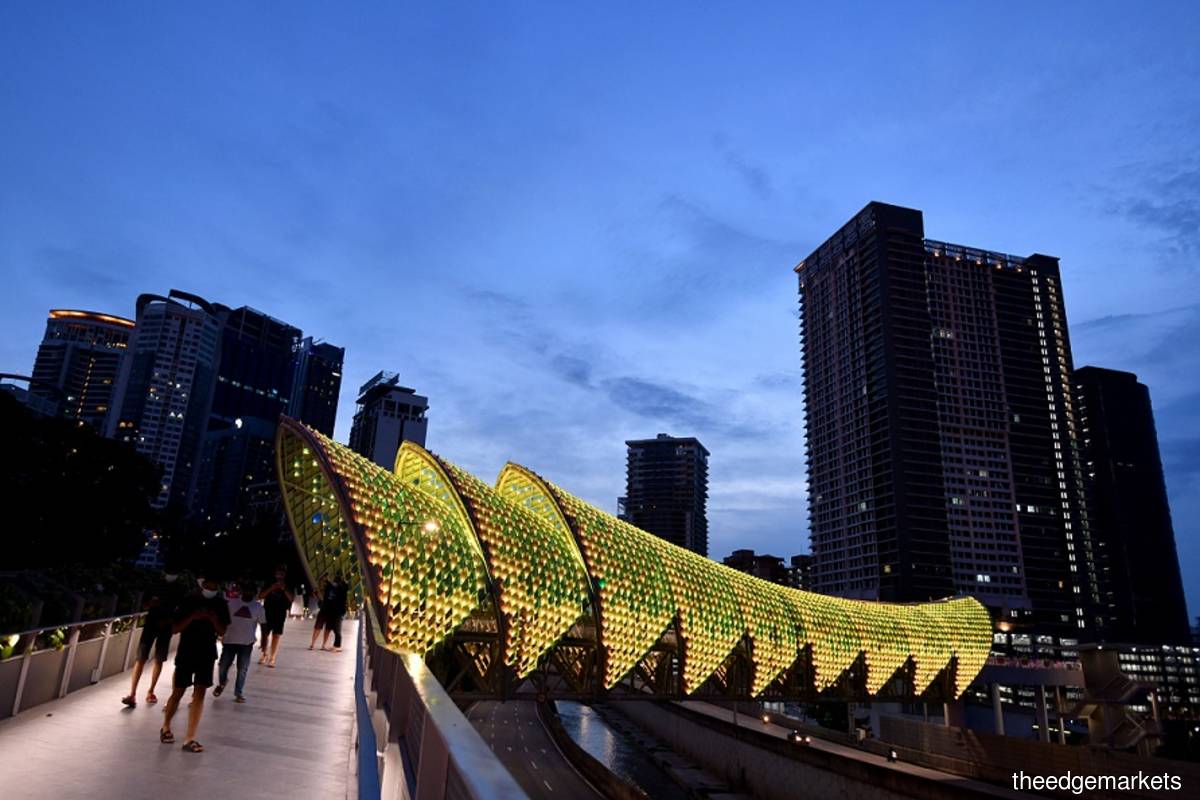 As Bow exhibited the firm’s works and presented “Sustainable Master Planning”, he said: “We adopt a global perspective on infrastructure with a clear expression of structure made of stainless steel, timber and glass; no building is the same. We [consider ourselves] as master planners and urban designers. When we design, we [tend to] think globally, and we use climate analysis.”

Some of the firm’s latest works include RCC Headquarters in Russia, Apple Tower Theatre in Los Angeles, US, Narbo Via in France, Principal Place in London, Samba Headquarters in Saudi Arabia, Shanghai Bund Riverside in Shanghai, and Apple Marina Bay Sands in Singapore.

Bow emphasised the juxtaposition of infrastructure, and climate analysis: “There are many facets to infrastructure; how we move around the planet, the new changes in mobility, and also the changes in how we live, how we work.”

He said: “There is an enormous difference between designing with the intense heat of the Middle East or in countries like Malaysia and Singapore, where you deal with not just intense heat, but also humidity. Whereas in the northern climate of England, everything changes with the four seasons. This is what we call climate appropriate design.”

He also highlighted the architecture of shade. “For example, we designed an important project Masdar City in Abu Dhabi, about 15 years ago. This is an interesting project because as quoted by our founder Norman Foster, in order to look at the future we have to learn from lessons in the past. For this project, we [studied] carefully the DNA of the city, and what we found in cities of this part of the world was that the streets were very narrow.”

Bow zoomed in on the details of Masdar City. “One of the ideas was to design a space, courtyard that is wider than the traditional streets there; but it was important to find a way to cool the space — the idea of the tower as a dehumidifier; so the water goes up to the tower and when it comes down it evaporates; and it becomes cool, even children would come out and play in the evening there.”

He added: “Fifteen years later, when we began masterplans in the Middle East, we started with the same philosophy of neighborhoods, areas that are grouped together and looking at harnessing the energy of the sun, but also looking to harness water.

“From there we started to grow enormously in the urban design and city planning group within Foster + Partners to the extent that we are building everywhere; we have master plans in India, Greece, Sweden, Australia. We are designing 130 million sq m of accommodation around the world. It has become a very important part of the work of our practice.”

Another project Bow enlisted was the Queen Alia International Airport in Amman, Jordan, “which is very similar to Stansted Airport in London, which is modular and allows them to be extended over time”.

Among factors and elements are the orientation of the sun, and water, to produce climate appropriate design. They may present challenges. “But every challenge is an opportunity. For example, you can see the beauty of the cast shadows that really form architecture [from the screens of the buildings], and the importance of threshold, moving from a beautiful green courtyard into the building through a series of shaded layers. This can also be seen from our design of the Apple store in Dubai, which is made of carbon fibre, designed to allow the building to attract the path of the sun.”

“Above all, city planning is not really about sq m or sq ft and so on, it is always about people. Whether you can sit on a grand terrace and watch the sun go down in Hong Kong, or an evening cinema in London.”

Heat and humidity are also important considerations, according to Bow. “Especially in Malaysia. The Petronas University — which is located in the northern part of Malaysia — is clever; it has very large canopies that serve a number of different purposes. It gives the university a sense of grandeur and environmentally, it captures the rain. I’ve been visiting Malaysia for many years, and I’m conscious that especially in the afternoon, there tends to be heavy rain.” He also added that similar considerations were also given for the firm’s projects in Singapore, to create something subtropical with good landscaping.

“Another thing is transport interchanges. This is an important subject; how do we move in the future? How often are we going to get on trains, planes and so on? But imagine if people continue to travel and move around cities, how can we make the experience a lot better?”

He added: “The first project I worked on was the transformation [or restoration] of Trafalgar Square in London. We removed the traffic from the north side, implemented public toilets and so on, they were small architectural interventions, but they would have a profound impact on London; because we studied with other parties on how to make London less polluted, and started looking at pedestrian movements in the city and ways to encourage public transport, and for people to change their journey times.”