Syed Saddiq trial: I didn’t lie, but afraid of being charged in court for another case — ex-Armada exco 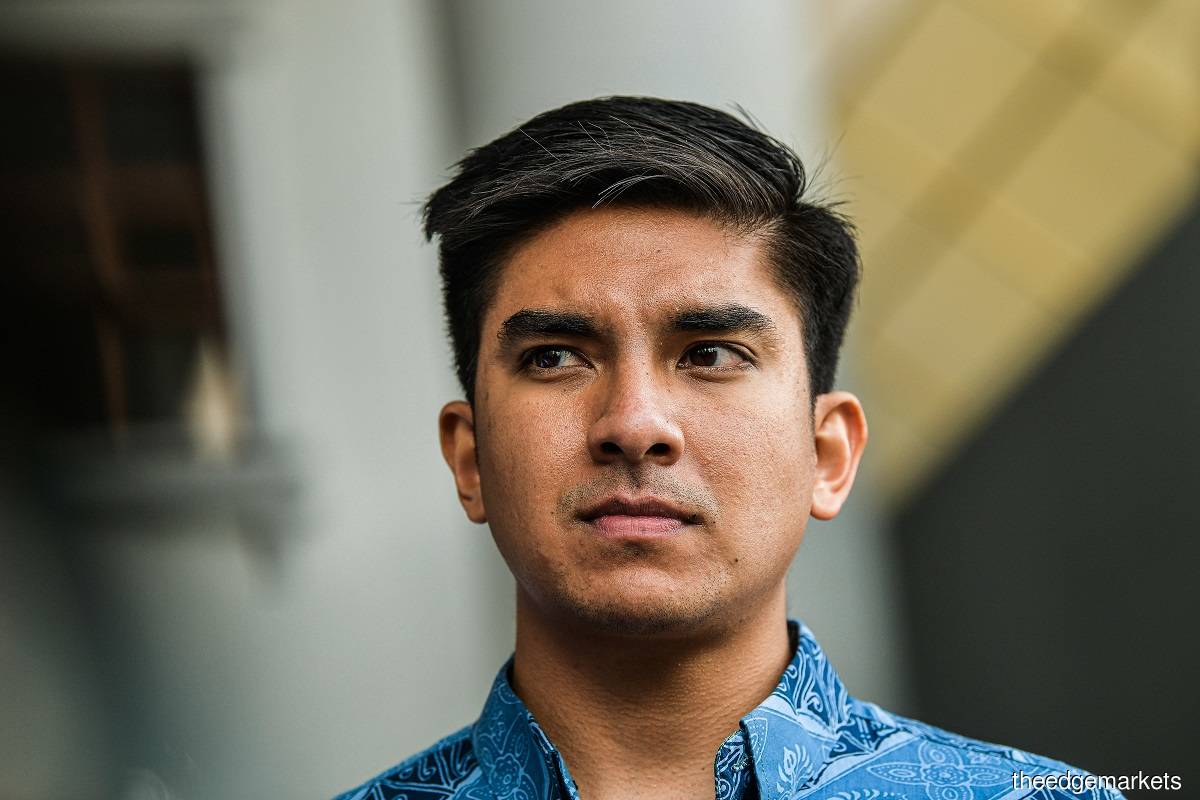 KUALA LUMPUR (July 4): The former exco of the Angkatan Bersatu Anak Muda (Armada) of Parti Pribumi Bersatu Malaysia (Bersatu) on Monday (July 4) told the High Court here that he was not lying when testifying against Syed Saddiq Syed Abdul Rahman, but he was afraid of being charged in court for another case.

Abdul Hannaan Khairy, 29, said his testimony that the Muar Member of Parliament asked him to 'backdate' the quotation date and receipt amounting to RM250,000 in relation to the Armada souvenir was true, but he did not remember the exact 'backdated' date.

“I was not lying but I was afraid of being charged in court,” he said during re-examination by deputy public prosecutor Datuk Wan Shaharuddin Wan Ladin at the trial of Syed Saddiq, who faces four charges relating to criminal breach of trust (CBT) and money laundering.

The 10th prosecution witness said he would not have asked Muhammad Naqib Ab Rahim, who was then a member of Bersatu, to 'backdate' the dates on the two documents if Syed Saddiq had not asked him to do so.

Earlier, during cross-examination by lawyer Gobind Singh Deo, representing Syed Saddiq, the witness admitted he was in fear when testifying in court on Monday.

Gobind: Why are you afraid, has the MACC asked you about other cases?

Gobind: You are afraid of being accused of other cases?

Gobind: You are willing to testify (in court), in return you are not charged in another case.

Abdul Hannaan: Your Honour, can I go to the toilet?

Meanwhile, Abdul Hannaan, who is now the editor of Serius Kool Media Sdn Bhd, said he was arrested by the Malaysian Anti-Corruption Commission (MACC) on June 4, 2020, after receiving a phone call from Muhammad Saufi Yusof to pick him up from the MACC headquarters, Putrajaya.

“I left Southville City at 11pm to fetch him (Muhammad Saufi) and arrived there (Putrajaya MACC) around 12 midnight. When I entered the MACC lobby, I couldn't call him and waited for Saufi to come out. While I was waiting in the car, suddenly two or three MACC men ran towards me and asked me to get out of the car,” he said.

Asked by Gobind why the MACC arrested him, the witness replied: "In relation to the loss of RM250,000."

According to Abdul Hannaan, he was also questioned about the Volkswagen car he bought in early 2020 and was worried that action would be taken by the MACC regarding the purchase of the car.

He added that the car was returned to him after a year of being seized by the MACC.

The witness said he was also disappointed with the treatment given by MACC officers during the interrogation of his wife, including insulting the woman with abusive words, and a police report was lodged to protect himself from being threatened by outsiders.

According to the first charge, Syed Saddiq, 29, is charged as the then Bersatu’s youth wing or Armada chief — who was entrusted with control of Armada funds — with abetting Rafiq Hakim Razali, Armada’s assistant treasurer at the time, with CBT of RM1 million in funds belonging to the wing.

He is alleged to have committed the offence at CIMB Bank Bhd, Menara CIMB KL Sentral, Jalan Stesen Sentral 2, here on March 6, 2020, and is charged under Section 406 of the Penal Code, which provides for imprisonment for up to 10 years with whipping, and is liable to a fine, if found guilty.

For the second charge, the accused is charged with misusing property for himself, namely RM120,000 from the Maybank Islamic Bhd account belonging to Armada Bumi Bersatu Enterprise, by causing Rafiq to dispose of the money.

Syed Saddiq is accused of having committed the offence at Malayan Banking Bhd, Jalan Pandan 3/6A, Taman Pandan Jaya here, between April 8 and 21, 2018, and charged under Section 403 of the Penal Code, which carries a minimum jail term of six months and a maximum of five years with whipping, and is punishable by a fine, if convicted.

He also faces two counts of engaging in money laundering activities, namely two transactions of RM50,000, believed to be proceeds of unlawful activities, from his Maybank Islamic Bhd account into his Amanah Saham Bumiputera account.

Syed Saddiq is accused of committing the offence at a bank in Jalan Persisiran Perling, Taman Perling, Johor Bahru, on June 16 and 19, 2018.

The trial before Azhar continues on Tuesday.