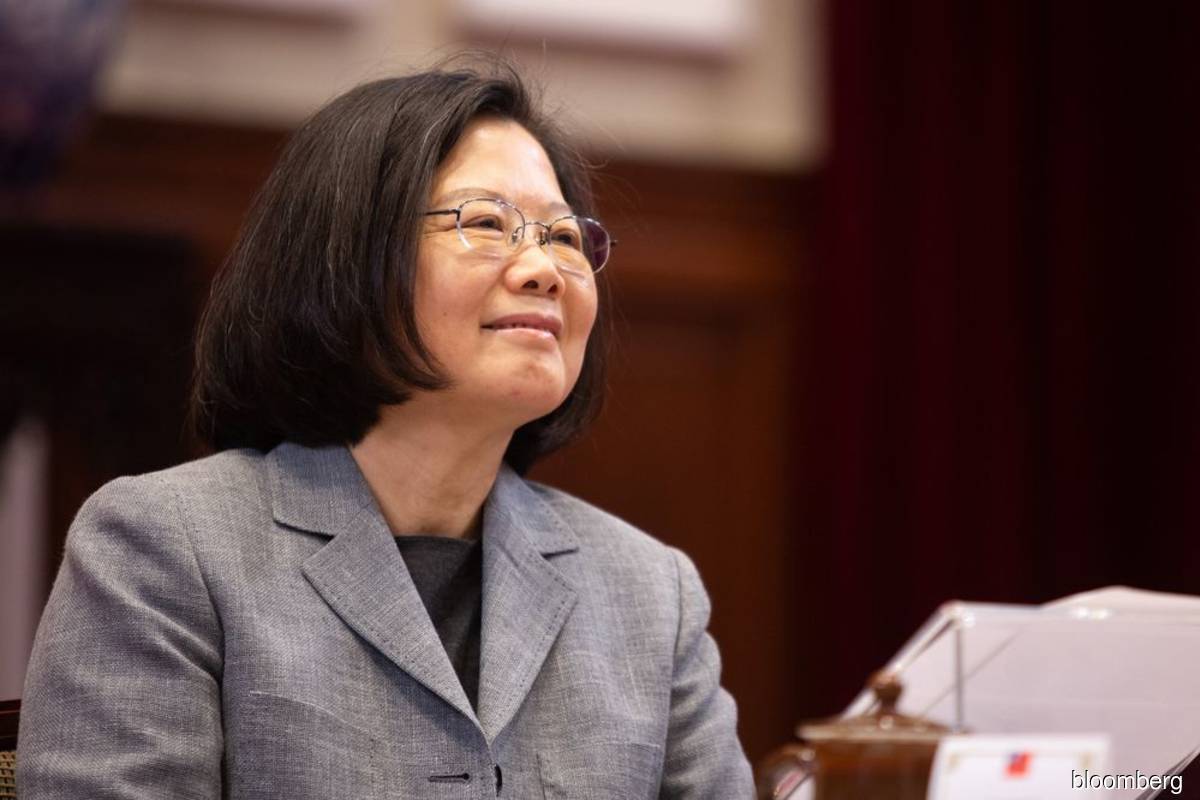 TAIPEI (Nov 16): Taiwan President Tsai Ing-wen has decried "rumours" about the risk of investing in the island's key semiconductor industry, saying the government is working hard to ensure such investments continue.

Taiwan, home to the world's largest contract chipmaker TSMC, plays an outsized role in providing the chips used in everything from cars and smartphones to fighter jets, and is a major supplier to companies like Apple Inc.

But the Chinese military's menacing of the island to assert Beijing's sovereignty claims, especially after US House of Representatives Speaker Nancy Pelosi visited Taipei in August, is causing the chip industry to rethink the risk over Taiwan.

Meeting Frederic Schneider-Maunoury, the chief operations officer of ASML Holding NV, a key equipment supplier to chip companies like TSMC, Tsai praised the European company for its commitment to investing in Taiwan.

"At this moment when the world is paying attention to and is concerned about Taiwan, I am very grateful to ASML for investing in Taiwan with concrete actions," Tsai said, according to comments published by the presidential office late on Tuesday (Nov 15).

"I believe that this also discredits rumours of excessive speculation about Taiwan's risk," she added.

Rick Tsai, the chief executive of Taiwan's largest chip designer MediaTek Inc, told Reuters this month that US-China tensions are pushing some manufacturers to talk about expanding part of their supply chain beyond Taiwan, but it's "incremental".

ASML dominates the global market for lithography systems, which project light to create the microscopic circuitry on chips. TSMC uses ASML's EUV machines to manufacture its most advanced chips.

ASML did not immediately respond to a request for comment on the meeting.

Tsai said that investing in Taiwan is "definitely a very correct direction", and the government will continue to provide support.

"I also look forward to Taiwan's continued deepening of cooperation with democratic allies to build a safer and more resilient global supply chain," she added.

The presidential office statement cited Schneider-Maunoury as telling Tsai that the company will continue to increase its investments in Taiwan, pointing out they already have five factories and employ more than 4,500 people on the island.