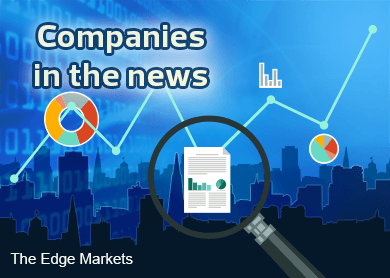 KUALA LUMPUR (June 5): Based on corporate announcements and news flow today, the companies that may be in focus next week (Monday, Jun 8) could be: Tanjung Offshore, Malakoff, Genting Plantations, MClean, Sime Darby, Tune Insurance, Xian Leng, Biosis and Golden Land.

A forensic audit on Tanjung Offshore Bhd reveals the company has taken shortcuts and a sequence of shortcomings that had given way to corporate weakness.

In statement today, the oil and gas engineering firm said it will lodge official complaints to the Malaysian Anti-Corruption Commission (MACC) on the company’s purchase of a 49% equity interest or 2.35 million shares in Gastec Gas Genertors (M) Sdn Bhd in 2013 for RM34.3 million, as well as its acquisition of a property in Birmingham, UK, for RM62.7 million.

Tanjung Offshore (fundamental: 1.85; valuation: 0.9) said it will also engage a lawyer to review the two transactions and consult legal professional views, if there were any wrongdoing in the Gastec deal and the purchase of the UK property.

However, the recommendations of the forensic audit were not revealed in the press statement.

Tanjung Offshore said it is bound by confidentiality agreements so as not to reveal the information to the public. Nonetheless, both the MACC and Bursa Malaysia have received a copy of the report containing the full recommendations by Ferrier Hodgson.

Tanjung Offshore further pledged to “clean up its weaknesses” by accepting recommendations from the forensic audit, regarding some contentious transactions which were raised by minority shareholder complaints, citing a lack of transparency, queries by Bursa Malaysia, a probe by the MACC and police reports.

Maybank IB is Malakoff’s stabilising manager. It was also Malakoff’s transaction and joint-lead manager, which oversaw the group’s relisting on Bursa Malaysia on May 15, 2015 at RM1.80 apiece.

Malakoff said Maybank IB had acquired 188.5 million of its shares during the stabilising period, equivalent to some 12.4% of the total number of shares offered during its listing.

Malakoff said Maybank IB had purchased its shares at between RM1.7048 per share and RM1.7952 per share.

In a filing with Bursa Malaysia today, Genting Plantations (fundamental: 2.7; valuation: 1.1) said the Sukuk Murabahah, which it guarantees, has a tenure of 10 years, with a profit rate of 4.62% per annum.

It said the group will thereafter use the proceeds for its operating expenses, capital expenditure, investment, refinancing, working capital requirements, general funding requirements and/or other general corporate purposes, which are within its principal shariah-compliant activities.

Loss-making hard disk drive (HDD) and semiconductor cleaning services provider MClean Technologies Bhd has proposed to acquire 55% of DWZ Industries Sdn Bhd to diversify into the surface finishing business, which is expected to contribute to 25% of its bottomline in the future.

This follows the company’s announcement on April 10 to Bursa Malaysia that a memorandum of understanding (MoU) has been signed with Decor Industries Pte Ltd, in relation to the proposed acquisition.

MClean also proposed a free warrants issue of up to 42.26 million new warrants, at an exercise price of 25 sen each — being the par value of MClean shares — on the basis of six warrants for every 25 shares held by its shareholders, at an entitlement date to be fixed later.

Assuming the full exercise of new warrants at the exercise price of 25 sen each, the MClean Group intends to utilise the resulting proceeds of RM10.57 million for its working capital.

The company expects to complete the series of proposals in the third quarter of 2015.

Hyundai-Sime Darby managing director Lau Yit Mun said the company expected business to pick up during the second half of the year, when more new models are introduced.

Lau also noted the company would face unfavourable exchange rate of the ringgit to the US dollar.

Despite the weaker ringgit, which translates into costlier automotive imports, he said the group did not intend to raise prices of its products at the moment.

General and life insurer Tune Insurance Holdings Bhd (Tune Ins) is targeting a high single-digit to double-digit revenue growth for its financial year ending Dec 31, 2015 (FY15), as it banks on a planned digital expansion on the back of a positive outlook for the travel industry.

The group’s chief executive officer Junior Namjik Cho told pressmen that the management is optimistic this year, about securing additional airline and non-airline partners to expand its travel portfolio.

Meanwhile, Bloomberg reported that Tune Ins (valuation: 0.35, fundamental: 1.80)’ parent Tune Group Sdn Bhd is reviewing its stake in the insurance venture, and that the company — according to sources — is working with Credit Suisse Group AG on the potential sale.

In an emailed response to Bloomberg, Tune Group chief executive officer Tan Hong Kheng said the review is at a preliminary stage, as it is constantly assessing ways to optimise the value of its shareholdings and invest in new ventures.

Tropical fish breeder and dealer Xian Leng Holdings Bhd has been hit with an unusual market activity (UMA) query from Bursa Malaysia, after its share price spiked as much as 40.66% today.

The company was instructed to disclose any corporate development related to its businesses and affairs, that may account for the rise in share price.

In response, Xian Leng (fundamental: 1.05; valuation: 0.9) said it is unaware of any reason that would affect the rise in its share price.

In an announcement to Bursa Malaysia, pharmaceutical product manufacturer Biosis (fundamental: 0; valuation: 0) said it was still deliberating on its next move. The move includes communicating to the bourse regulator, full details on the company's management, board and financials.

Oil palm plantation company Golden Land Bhd announced today that the trading in its shares will be suspended from 9am on June 8 (next Monday), pending a material announcement.

(Note: The Edge Research's fundamental score reflects a company’s profitability and balance sheet strength, calculated based on historical numbers. The valuation score determines if a stock is attractively valued or not, also based on historical numbers. A score of 3 suggests strong fundamentals and attractive valuations. Go to www.theedgemarkets.com for more details on a company's financial dashboard.)