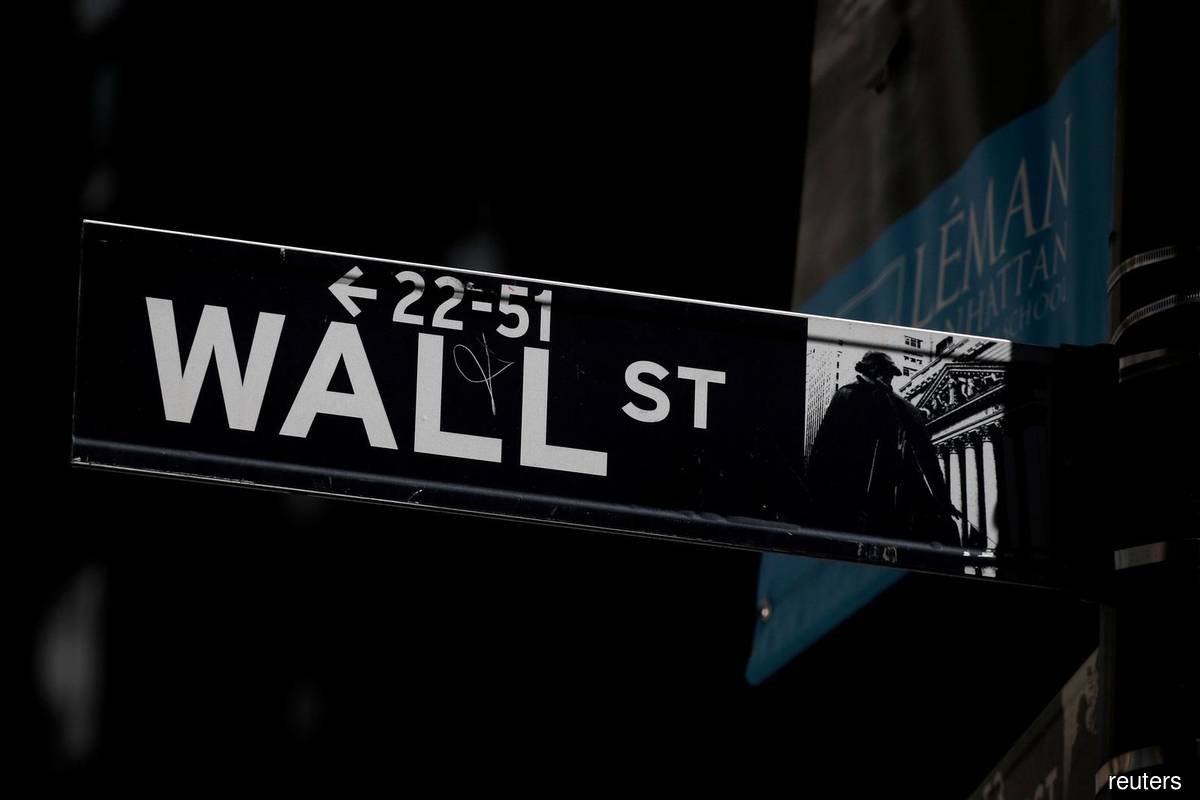 NEW YORK (Sept 28): The S&P 500 and Nasdaq indexes ended lower on Monday with investors pivoting to value as tech shares, hurt by rising Treasury yields, weighed on equities in the quarter's final week.

Of the three major U.S. stock indexes, only the blue-chip Dow Jones Industrial Average closed in positive territory, buoyed by financials and industrials.

"The economic reopening trade is alive and well," said Chuck Carlson, chief executive of Horizon Investment Services in Hammond, Indiana. "Economically sensitive stocks are up, and tech’s being worked over pretty good."

"Rising rates typically reflect investors having a little bit more confidence in the economy not being stalled out," Carlson added. "And the Fed is also indicating it's going to start tapering sooner rather later, and that's probably helping upward trajectory in rates."

Those rising yields hurt some market leaders that had benefited from low rates. Microsoft Corp, Amazon.com Inc, Alphabet Inc and Apple Inc ended the session down between 0.6% and 1.7%.

In Washington, negotiations over funding the government and raising the debt ceiling were heating up at the start of a week that could also include a vote on U.S. President Biden's $1 trillion infrastructure bill.

On the economic front, new orders for durable goods waltzed past analyst expectations, gaining 1.8% in August. The value of total new orders has grown beyond pre-pandemic levels to a seven-year high.

Of the 11 major sectors in the S&P 500, six closed lower. Real estate and healthcare suffered the largest percentage losses.

While the S&P 500 value index has underperformed growth so far this year, that gap has narrowed in September as investors increasingly favor lower valuation stocks that stand to benefit most from economic revival.

The S&P 500 is on track to snap its seven-month winning streak, with the prospect of higher corporate tax rates and hints from the U.S. Federal Reserve that it could start to tighten its accommodative monetary policies in the months ahead.

Goldman Sachs strategists see potential corporate rate hikes as a headwind to its outlook for return-on-equity (ROE) on U.S. stocks in 2022, the broker said in a research note.

Advancing issues outnumbered decliner on the NYSE by a 1.41-to-1 ratio; on Nasdaq, a 1.60-to-1 ratio favored advancers.

Volume on U.S. exchanges was 10.32 billion shares, compared with the 10.19 billion average over the last 20 trading days.