Think about buildings in the context of systems, says WOHA founder at WCSC 2021 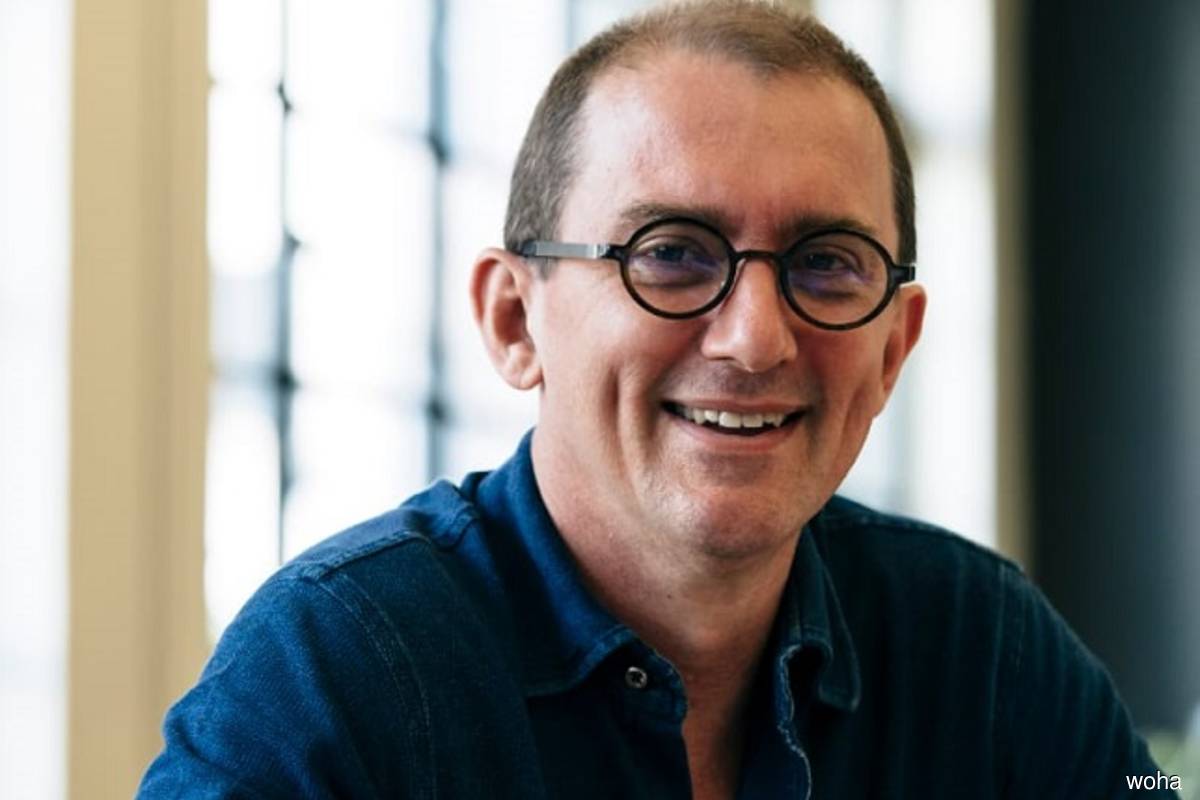 PETALING JAYA (Sept 28): "It is important to think about buildings as components of big global systems because only then, in the context of systems, can we think about what our buildings should be doing and how they contribute to the overall effect," said Richard Hassell, founding director of WOHA during his presentation on “Form Follows Systems” at the 12th International Conference on World Class Sustainable Cities (WCSC 2021).

The two-day event, held on Sept 27 and 28, focuses on topics related to low carbon society.

Useful tools to create a lower carbon society, said Hassell, include green plot ratio, which is the amount of landscape surfaces compared to a development’s site area. “I think this is something that everyone in Malaysia is quite familiar with. We've been interested for a long time in not just sustainability from an ecological or energy point of view, but also from a human cultural point of view.”

At the same time, community plot ratio, which measures the amount of community space allocated within a development’s site area, is also really important to measure, he noted.

A low carbon society is also about civic generosity and ecosystem contribution indices. The former measures the extent to which a development encourages and facilitates the public life of a city, whereas the latter measures the degree to which a development supplements a city’s ecosystem. “This is a bigger level from community. At a city point of view, how generous is your building? Does it encourage and facilitate public life and ecosystem contribution? Once you've made green spaces, how productive can you make them and how can they actually encourage a functioning ecosystem?” he asked.

There is also the self-sufficiency index, which measures a development’s capacity to provide its own energy, food and water. “No matter what your green star or LEED rating is, how well does this building do in terms of absolute self-sufficiency?” said the architect.

Hassell presented several projects that showcases his points. This include Oasia Hotel Downtown, which managed to achieve an overall green plot ratio of 1,100%. “We dedicated a lot of the surfaces to greenery, both horizontal surfaces and vertical surfaces. We saw the entire facade as a host for greenery. It’s actually a very affordable façade — just expanded powder coated aluminium mesh. We set it out from the façade and created a space behind it for planter boxes."

To illustrate community plot ratio, Hassell shared [email protected], a public housing project in Singapore, with the audience. “This is 47 storeys and has 960 apartments. The way we dealt with the idea of community and breaking down the scale and making it liveable here was to think about sociability at the heart of the diagram. And we did that by saying every home should be part of a village and the village should be around 80 homes, so people get to know their neighbours and share a common space. So in the end, we ended up with 12 villages of 80 homes, rather than one building of 960 homes.

“Additionally, each village has a sky garden that it looks down into and everybody will pass through this space as they go from the lift to their apartment and have an opportunity to engage with their neighbours. At the ground level, there are community spaces where other people in the neighbourhood can come and join in. So we sort of built this layers of different sociability from between neighbour to neighbour in the village to the development and surrounding towers and neighbourhood at the ground level, and also at the roof,” he explained.

Another project by WOHA is Kampung Admiralty, which performs across multiple ratios such as green and community plot ratios, civic, ecosystem and self-sufficiency. The project, Hassell said, has a range of uses from medical centre to elderly housing, rearranged to create a major public space at ground level and a major park on the roof. “The social housing sits within the park. It has a whole water system that runs through it, using different layers of the gun to filter the rainwater and recirculate it. We've done post occupancy and biological surveys, so we always have twice as many species in our rooftop garden, as there is in the park on the ground level.”

“It’s not an expensive project… It has a HDB budget. It’s just painted concrete, precast and prefabricated. The medical centre in the middle is to attract the elderly to use these services and practice preventative medicine, rather than waiting till they're sick to get treatment. In the public space at the ground level, the childcare is next to elderly care. So you have a mix of old people and young people together, and a big, communal garden,” he added.

The last project Hassell highlighted was Sky Green in Taichung, Taiwan, which served as a good example of people coming together to make a change. “I think, often as architects, we feel a bit powerless to influence the outcome of government policy or private developers. [For this project], we came through the university who organised for us to make an exhibition of our projects in Taichung, because they specifically wanted to influence government planning policy.

“They organised the whole series of presentations and talks, inviting the city planners in, and to really point out that many aspects of these projects were not possible under the current planning guidelines. So they started to lobby to change the regulations to enable more green buildings to be built and they worked with the city to change the regulations. And now, I think there are over 50 buildings underway, which involve greenery. This was a really good example of how in a fairly short time, by people coming together wanting to affect change, it was possible, and the city of Taichung is now one of the leading cities in Taiwan for green architecture,” he concluded.