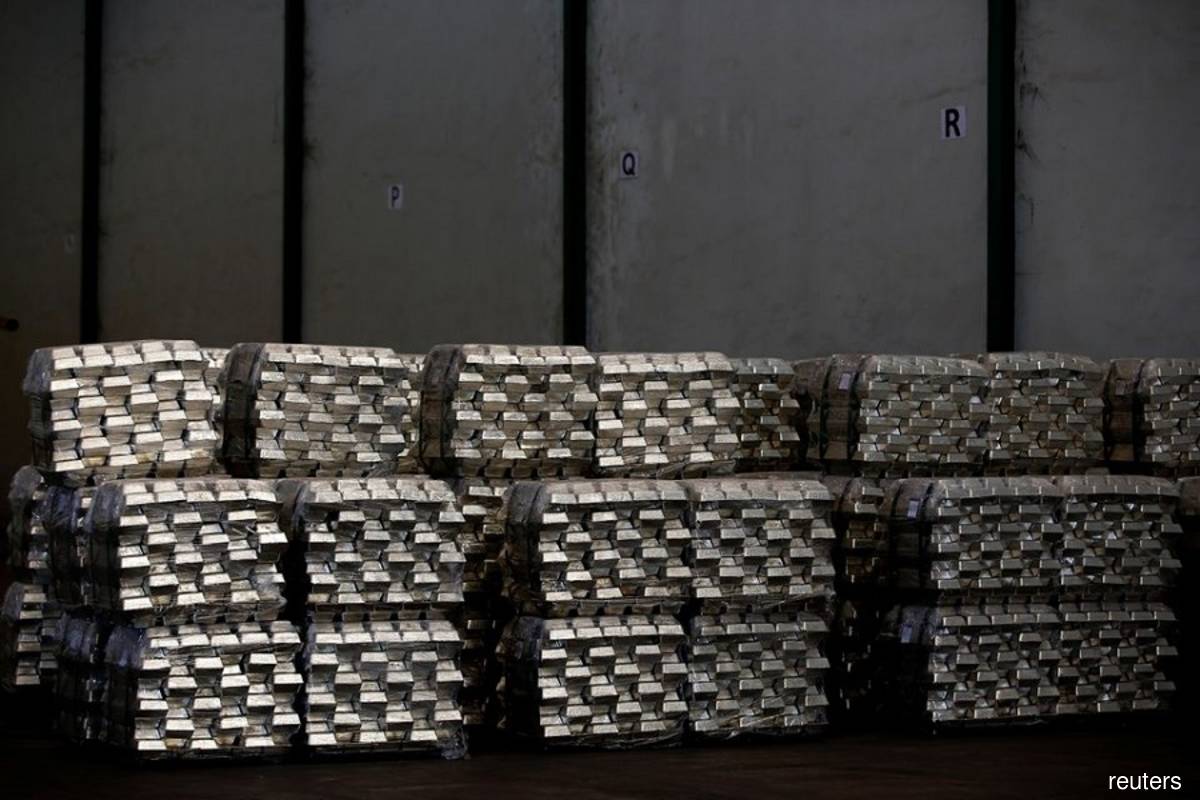 The world's tin supply is dominated by a handful of big producers, many of which were forced to halt or curtail operations during pandemic lockdowns in 2020. Most of them staged a strong recovery in 2021.

The collective production rebound, however, hasn't done much to cool the tin price.

The London Metal Exchange (LME) tin market was briefly rocked by the after-shocks of last month's suspension of nickel trading. LME three-month tin slumped from a record high of US$51,000 to US$39,080 per tonne, as positions were closed out to meet margin calls.

Tin is still showing every sign of scarcity pricing, attesting both to the strength of current demand and the scale of the supply-chain depletion that has occurred over the last couple of years.

The world's top 10 producers accounted for 57% of global output last year and seven of them recorded higher output relative to the previous year, according to the ITA.

China's smelters also bounced back from Covid-19 disruption, led by Yunnan Tin, the world's largest single operator, which increased production by 10% to 82,000 tonnes.

The two main exceptions to the recovery trend were Malaysia's MSC and Indonesia's PT Timah.

MSC was roiled by a second year of Covid-19 lockdowns and associated technical issues, which culminated in the company declaring force majeure on deliveries to customers.

PT Timah's output dropped a sharp 42% to 26,500 tonnes in 2021, according to the ITA, meaning a slide from second to third place among the top global producers.

Indonesian exports, by contrast, grew by 14% to almost 75,000 tonnes last year, which suggests that PT Timah's decline in reported output was due to a swing of the country's regulatory pendulum back in favour of the private sector.

There are tentative signs that the production recovery is alleviating some of the extreme supply-chain tightness that has gripped the tin market since the start of 2021.

LME warehouses in Antwerp and Baltimore have seen deliveries on to warrant of 785 tonnes and 445 tonnes respectively so far this month.

The inflows appear to have been triggered by another LME time-spread spasm, which saw the cash premium flex out to more than US$1,000 per tonne at the start of April.

But they show there has been some stocks replenishment in two markets that had been acutely short of metal.

LME-registered stocks of tin in the United States went to zero in February 2021, while those in Europe stood at just 85 tonnes before this month.

Physical premiums in both regions have retreated from their mid-2021 highs but only partially so.

Fastmarkets currently assesses the US Midwest premium at US$2,450 per tonne over the LME cash price, down from US$3,950 last August but still a long way off the US$600 level that was trading at the start of 2021.

That speaks to continued supply-chain stress and the limited nature of the stocks rebuild so far.

Despite this month's inflows, LME inventory of 2,685 tonnes is up by only a modest 640 tonnes since the start of January and by any historical yardstick, remains very low at just two days worth of global usage.

The problem is that LME stocks have been simultaneously leaving Asian locations such as Port Klang and Singapore, quite possibly to China, which flipped back to being a net importer in the first quarter of the year.

The country sucked in 1,946 tonnes of metal in March, the highest monthly total since July 2020.

The world's largest producer exported 14,000 tonnes last year, helping to plug yawning supply gaps elsewhere, but so far this year China is actively competing for the rest of the world's supply.

Semiconductor industry sales, a proxy for demand from tin's largest single usage sector, continue to boom. Global sales were up 32.4% year-on-year in February, according to the latest figures from the Semiconductor Industry Association. It was the eleventh consecutive month of growth coming in above 20%.

Tin production may be rising but it's still evidently struggling to match demand growth, preventing any significant easing of supply-chain and LME market tightness.

It's why the LME tin price is still stubbornly holding at a level that prior to 2021, would have been thought outrageously high.

The market is signalling it needs more supply. The world's largest producers are responding but it's evident they need to do still more.

The opinions expressed here are those of the author, a columnist for Reuters.