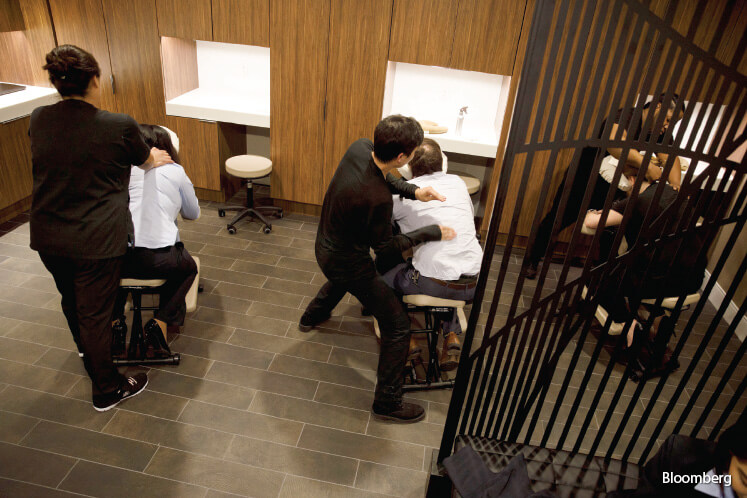 IN the battle for premium cardholders, American Express Co’s (Amex) latest weapon is the scent of leather and ear reflexology.

The card issuer is making major investment this year to provide cardholders more access to airport lounges around the world. Amex has told shareholders that spending on membership services, which includes its lounge collection, will be its fastest-growing expense this year — cost decisions that came prior to the current crimp on global travel due to Covid-19. The company spent US$2.2 billion (RM9.31 billion) on such cardholder services last year, a 25% increase from 2018.

Amex opened its first Centurion Lounge in Las Vegas in 2013. According to Lee, the site was an experiment of sorts to see if consumers would even use the lounge. It quickly became customers’ most cited travel benefit.

In designing that first lounge, Amex worked to develop a signature scent — with ingredients including bergamot, pink peppercorn, lavender, vetiver, and leather — that would waft through the area. In recent promotional mailers for its US$550-a-year Platinum card, Amex touted the lounge collection and included a scratch-and-sniff section, intending to lure potential cardholders with a whiff of the scent.

“It helps our customers immediately recognise our brand,” says Walter Frye, who leads global brand engagement for the company. “So when you walk into the space, whether it’s unconscious or conscious, you start to know you’re in an Amex environment.” It’s the same rationale luxury hotels use, feeding the estimated US$300 million scent-branding industry.

The site at LAX will offer a moonrise tranquillity room designed to feel like a starry night, as well as a sunrise room, with dawn-like lighting, to help travellers transition between time zones, as well as such photo moments as a green wall for the all-important Instagram brag. And, of course, free food and booze, with Southern California-inspired cocktails designed by Jim Meehan. On tap in the spa is ear reflexology massage and reiki energy treatments — all free.

“We wanted it to be special and a complete departure from the airline environment,” Lee says of the design and offerings across the Centurion portfolio.

The investment in lounges is part of the card issuer’s ongoing struggle with rivals, including JPMorgan Chase & Co, for premium-card customers. Four years ago, JPMorgan debuted the massively popular Sapphire Reserve card, a move that Amex at the time called a “full frontal assault” on its premium offerings. In response, it quickly moved to add new perks and benefits to its Platinum card, its largest portfolio in the US.

Since then, 50% of new Platinum customers have been under age 35, partly the result of Amex’s focus on enticing Gold cardholders to upgrade. The number of Platinum accounts has climbed 60% in that time.

“We have some really good competitors,” Amex chief financial officer Jeff Campbell told investors this week. “Sitting here now, in hindsight, I actually think their launch of the Chase Sapphire Reserve card was tremendously positive for us.” — Bloomberg