Travel is back, UK's easyJet says after US$1.5b pandemic loss 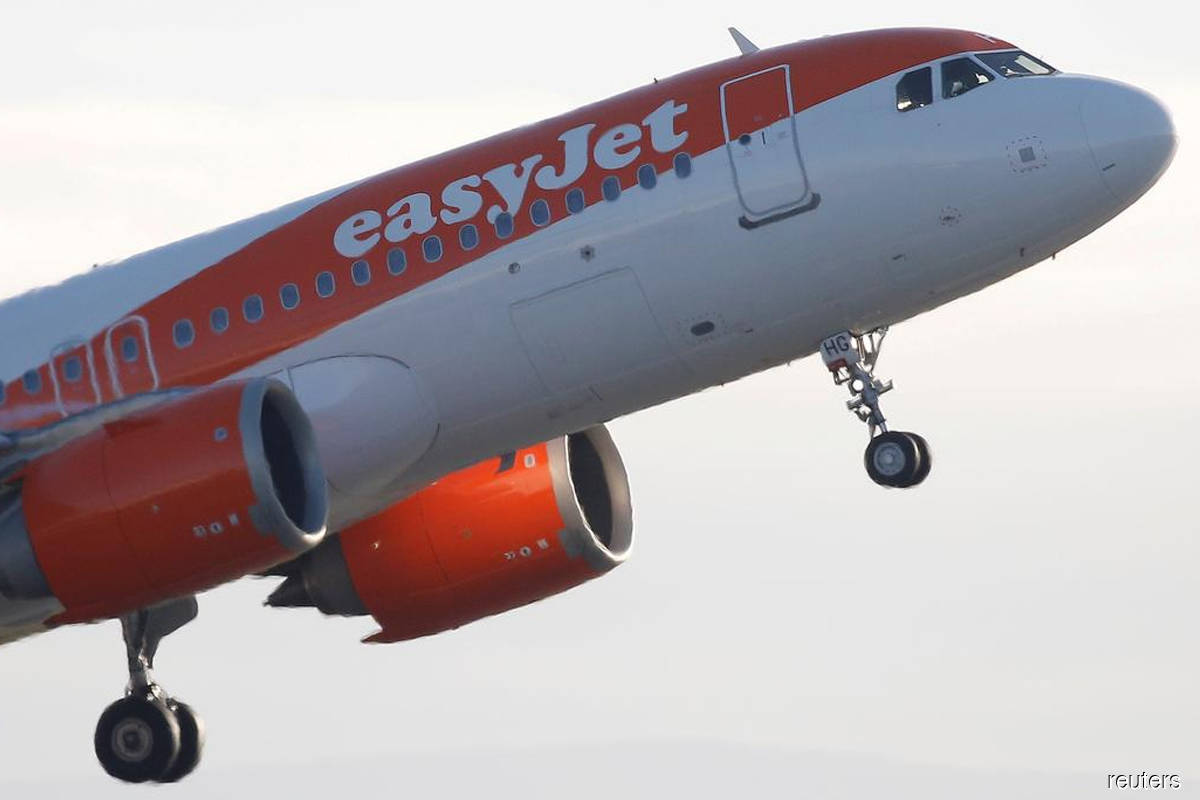 LONDON (Oct 12): EasyJet said travel was back as it increased capacity for October-December to 70% of its pre-pandemic level, a turnaround from a year in which COVID-19 restrictions drove losses above 1 billion pounds.

Demand for holidays to winter sun destinations such as Egypt and Turkey was growing, said easyJet, which will fly more to the Canary Islands in October than it did in 2019. It was also seeing more bookings from business travellers.

"It is clear recovery is underway," Chief Executive Johan Lundgren said on Tuesday.

Pandemic uncertainty and travel bans pushed easyJet to an expected headline loss of between 1.135 billion pounds ($1.54 billion)and 1.175 billion pounds for the 12 months ended Sept, it said.

In the best case scenario, that means the airline will beat a consensus forecast for a loss of 1.175 billion pounds. The results will be on Nov.30.

Seeking to boost its recovery from the pandemic, easyJet in September launched a surprise 1.2 billion pound rights issue and also revealed it had rejected an "opportunistic" bid from a suitor, believed to be Wizz Air.

But easyJet cautioned that visibility remained limited as customers were booking closer to their travel date, meaning it could not provide guidance for 2022. It is not recommending a dividend for 2021.

A big exposure to the UK market where the government kept stricter travel rules for longer compared to the rest of Europe, had over the summer slowed down easyJet's recovery relative to some peers such as Ryanair.

But Britain has recently relaxed those rules, scrapping some tests and its frequently changing traffic light system which deterred bookings. EasyJet said that the recent changes were helping booking momentum.