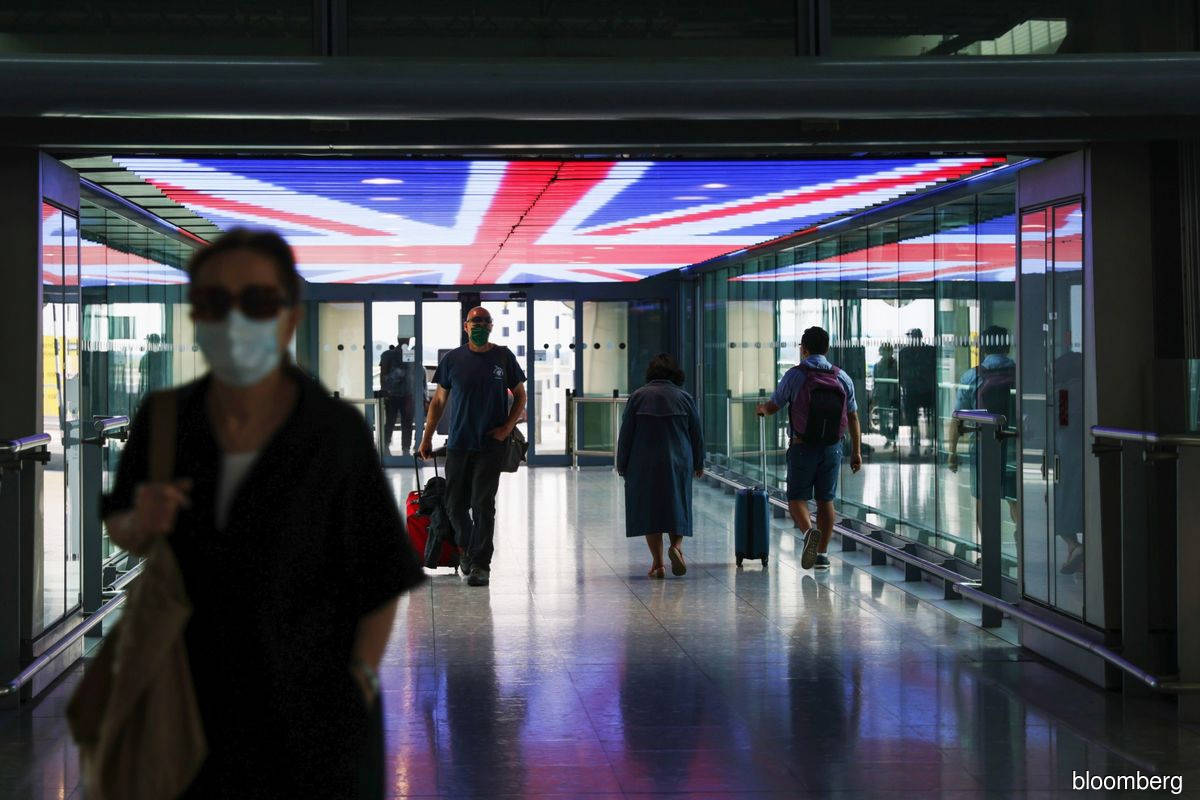 (Oct 8): The U.K. eased entry rules for 47 countries and territories that were subject to the tightest Covid-19 restrictions, in the latest step to shed travel curbs and revive tourism-dependent businesses.

South Africa, Mexico and Brazil are among the places from which visitors no longer require a 10-day hotel quarantine, the Department for Transport said Thursday. Only seven nations -- all in Latin America -- will remain on the so-called red list after changes take effect on Monday.

The U.K. is lightening border restrictions after frustrating airlines with constantly changing rules throughout most of the pandemic. A new system that does away with a complicated “traffic-light” approach took effect this week, and destinations including Turkey, Pakistan and the Maldives have already been moved to the “rest of world” category.

“It finally feels like we are seeing light at the end of a very long tunnel,” Sean Doyle, chief executive officer of British Airways, said in a separate statement. The airline will start ramping up flights to South Africa and Mexico, with daily services to Johannesburg and twice-daily flights to Cape Town by year-end.

Colombia, the Dominican Republic, Ecuador, Haiti, Panama, Peru and Venezuela will remain on the red-list, the DfT said.

The U.K. also made progress on a separate policy that has raised an outcry over fairness -- its failure to recognize vaccine certifications issued in a number of nations, including India and South Africa. The U.K. will now accept documentation from travelers vaccinated in those nations and 35 more places, including Brazil, Ghana, Pakistan and Turkey, expanding the total to 105.

With the U.S. poised to lift its ban on visitors from Europe and a number of other major markets, airlines are now optimistic that long-distance travel -- including the lucrative North Atlantic market -- will soon ramp up.

“Once we have a firm date for the reopening of U.S. borders in November, we look forward to reconnecting our two countries,” Doyle said.

Transport Secretary Grant Shapps has now become an advocate for accelerating the pickup in international travel, organizing a meeting of G-7 ministers to discuss vaccine passports and the timing of the changes at the U.S. border.
Testing Requirement

The latest moves come a day after Britain dropped advice against non-essential trips to 32 green list countries, including Ghana and Malaysia, a change the government said removes a barrier to getting travel insurance for visits there.

Despite the progress, the relaxation of U.K. rules hasn’t gone as far as the airline, hotel and restaurant industries would like. The Airport Operators Association said that the continued requirement for passengers to take a Covid-19 test two days after arrival will dissuade some travelers.

Britain averaged just under 39,000 daily new coronavirus cases over the past week, according to data compiled at Johns Hopkins University. Daily deaths averaged 110, well below peaks hit in January.