Pounded by Russian offensive in the east, Ukraine rules out concessions 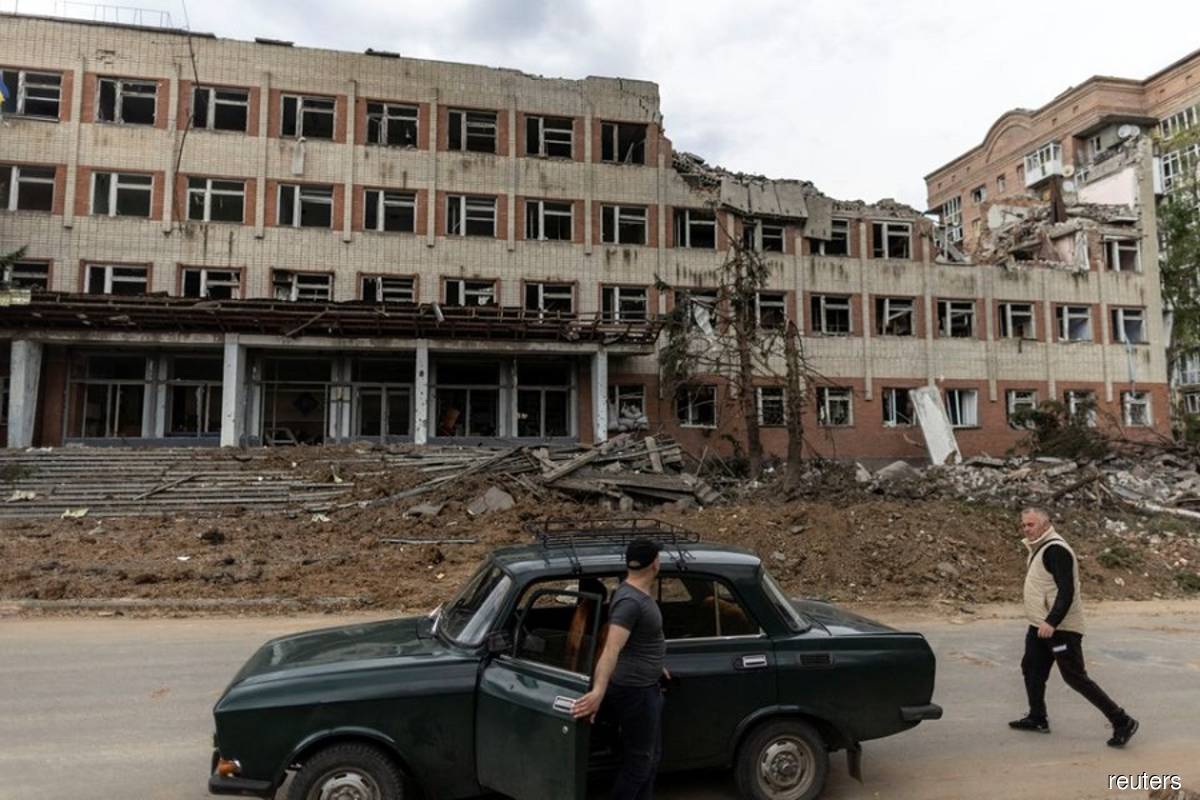 KYIV/OTTAWA/MELBOURNE (May 22): Ukraine ruled out a ceasefire or any territorial concessions to Moscow as Russia stepped up its attack in the country's east and south, pounding the Donbas and Mykolaiv regions with air strikes and artillery fire.

Kyiv's stance has become increasingly uncompromising in recent weeks as Russia experienced military setbacks, while Ukrainian officials grew worried they might be pressured to sacrifice land for a peace deal.

"The war must end with the complete restoration of Ukraine's territorial integrity and sovereignty," Ukraine's presidential chief of staff Andriy Yermak said in a Twitter post on Sunday.

Polish President Andrzej Duda offered Warsaw's backing, telling lawmakers in Kyiv on Sunday that the international community had to demand Russia's complete withdrawal and that sacrificing any of it would be a "huge blow" to the entire West.

"Worrying voices have appeared, saying that Ukraine should give in to (President Vladimir) Putin's demands," Duda said, the first foreign leader to address Ukrainian parliament in person since Russia's Feb 24 invasion.

"Only Ukraine has the right to decide about its future," he said.

"Half-measures should not be used when aggression should be stopped," he said.

Shortly after both finished speaking, an air raid siren was heard in the capital, a reminder that the war raged on even if its front lines are now hundreds kilometres away.

Russia is waging a major offensive in Luhansk, one of two provinces in Donbas, after ending weeks of resistance by the last Ukrainian fighters in the strategic southeastern port of Mariupol.

The cities form the eastern part of a Ukrainian-held pocket that Russia has been trying to overrun since mid-April after failing to capture Kyiv and shifting its focus to the east and south of the country.

Russia's defence ministry said on Sunday its forces pummeled Ukrainian command centres, troops and ammunition depots in Donbas and the Mykolaiv region in the south with air strikes and artillery.

Reuters was unable to independently verify those battlefield reports.

Russian-backed separatists already controlled parts of Luhansk and neighbouring Donetsk before the invasion, but Moscow wants to seize the remaining Ukrainian-held territory in the region.

An explosion severely injured a Russian-appointed mayor in the town of Enerhodar, Russia's RIA news agency reported. Reuters could not immediately establish what caused the explosion.

No concessions, no ceasefire

Ukraine's lead negotiator, Zelenskiy adviser Mykhailo Podolyak, ruled out any territorial concessions and rejected calls for an immediate ceasefire, saying it meant Russian troops would stay in occupied territories, which Kyiv could not accept.

"The (Russian) forces must leave the country and after that the resumption of the peace process will be possible," Podolyak said in an interview with Reuters on Saturday, referring to calls for an immediate ceasefire as "very strange".

Concessions would backfire because Russia would use the break in fighting to come back stronger, he said.

Recent calls for an immediate ceasefire have come from US Defense Secretary Lloyd Austin and Italian Prime Minister Mario Draghi.

The end of fighting in Mariupol, the biggest city Russia has captured, gave Putin a rare victory after a series of setbacks in nearly three months of combat.

The last Ukrainian forces holed up Mariupol's vast Azovstal steelworks have surrendered, the Russian defence ministry said on Friday. While Ukraine has not confirmed a full withdrawal, the commander of one of the units in the factory, said in a video that Ukraine's military command had ordered the troops there to stand down in order to preserve their lives.

Full control of Mariupol gives Russia command of a land route linking the Crimean Peninsula, which Moscow seized in 2014, with mainland Russia and parts of eastern Ukraine held by pro-Russia separatists.

Russian state gas company Gazprom said on Saturday that it had halted gas exports to Finland, which has refused Moscow's demands to pay in roubles for Russian gas after Western countries imposed sanctions over the invasion.

Most European gas supply contracts are denominated in euros or dollars and last month Moscow cut off Bulgaria and Poland after they rejected the new terms.

Along with sanctions, Western nations have stepped up weapons supplies to Ukraine. On Saturday, Kyiv got another huge boost when US President Joe Biden signed a bill to provide nearly US$40 billion in military, economic and humanitarian aid.

Moscow says Western sanctions and the arms deliveries for Kyiv, amount to a "proxy war" by Washington and its allies.

Putin calls the invasion a "special military operation" to disarm Ukraine and rid it of radical anti-Russian nationalists. Ukraine and its allies have dismissed that as a baseless pretext for the war, which has killed thousands of people in Ukraine, displaced millions and shattered cities.