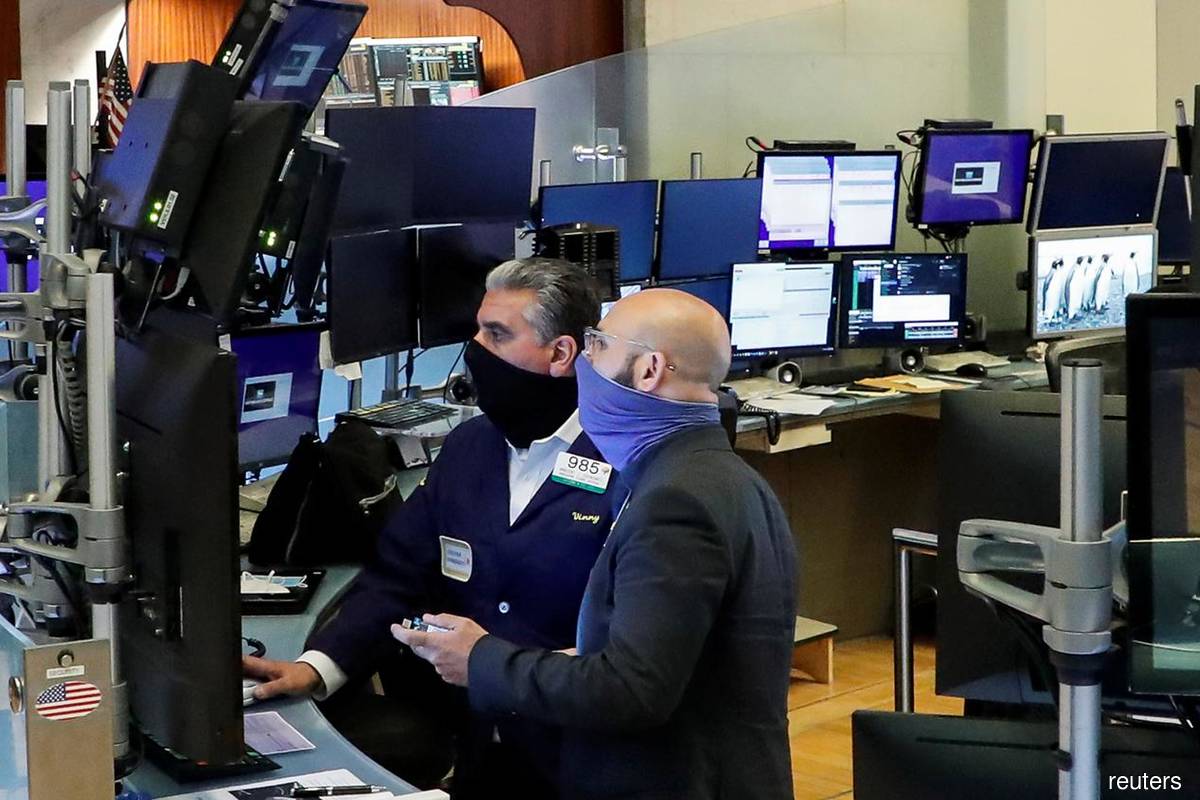 NEW YORK/BENGALURU (May 17): US stocks rose on Tuesday, as Citigroup led a surge in bank shares after Berkshire Hathaway revealed a big stake and strong retail sales in April eased some concerns about slowing economic growth.

Ten of the 11 major S&P sectors advanced, with financials and technology up 2% each.

Microsoft Corp, Apple Inc, Tesla Inc and Nvidia Corp gained between 1.5% and 4.8%, providing the biggest boost to the S&P 500 and the Nasdaq.

Banks jumped 3.1%, with Citigroup climbing 7.9%, after Warren Buffett's Berkshire Hathaway disclosed a nearly US$3 billion investment in the US lender.

"If you have exhausted sellers, there's no one else left to sell ... the market has really been pummeled," said Mimi Duff, senior client advisor at investment advisory firm GenTrust.

"So at the very sight of any good news you can get a bounce, but what we are really looking for is some consolidation."

US retail sales increased 0.9% in April, as consumers bought motor vehicles amid an improvement in supply and frequented restaurants.

Another set of data showed industrial production accelerated 1.1% last month, higher than estimates of 0.5%, and followed by a 0.9% advance in March.

"This is consistent with continued economic growth in the second quarter and not a recession underway," said Bill Adams, chief economist for Comerica Bank in Dallas.

"The industrial sector is running too hot and needs to slow for inflation to get under control. The Fed will raise the federal funds target half a percentage point at each of the next two meetings to throw some sand in the economy's gears."

Fed Chair Jerome Powell is scheduled to speak later in the day and his comments would be parsed for clues on the path of future interest rate hikes. Traders are pricing in a 50-basis point rate hike in June.

However, rising costs weighed on Dow component Walmart Inc, which slid 9.8%, after the retail giant cut its annual profit forecast, signaling a bigger hit to margins.

Retailers Costco, Target and Dollar Tree fell between 1.2% and 2.7%.

A positive first-quarter earnings season has been overshadowed by worries about the conflict in Ukraine, soaring inflation, Covid-19 lockdowns in China and aggressive policy tightening by central banks.

US-listed Chinese stocks jumped on hopes China will ease its crackdown on the technology sector.

The S&P index recorded one new 52-week high and 29 new lows, while the Nasdaq recorded 18 new highs and 98 new lows.