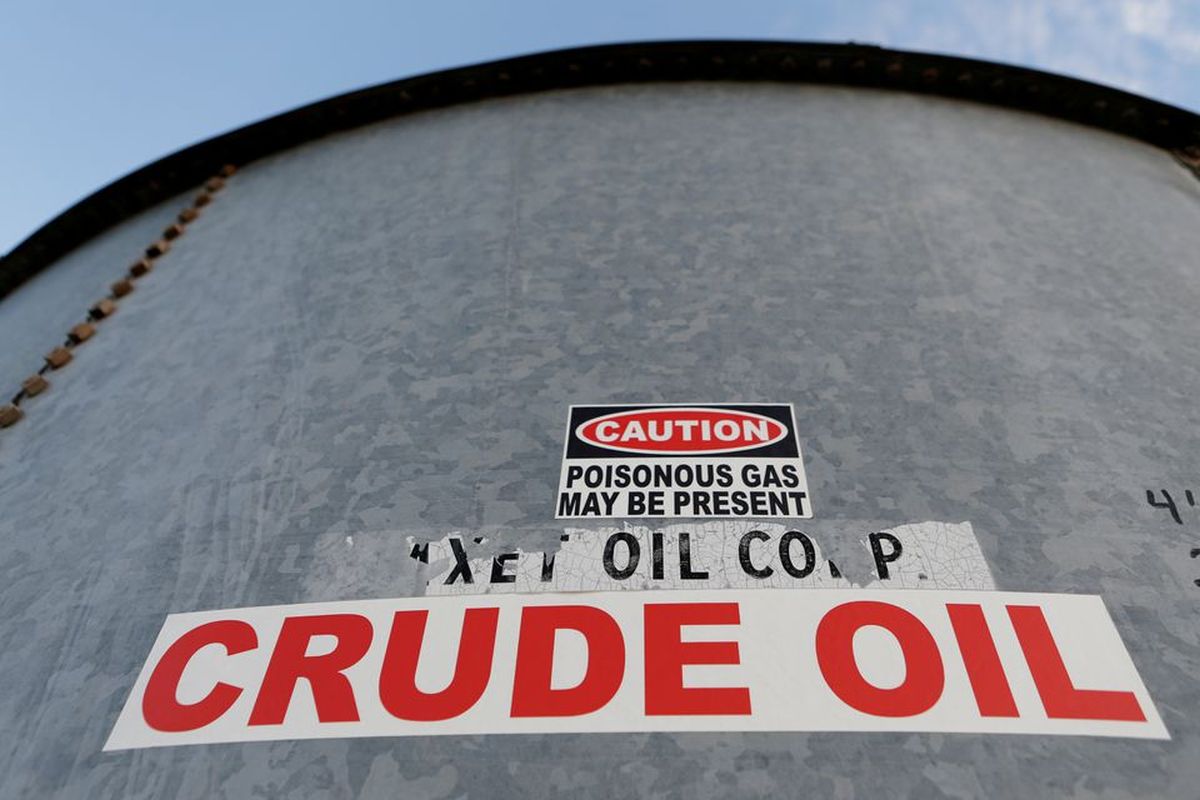 (March 31): Oil dropped by more than US$5 a barrel in a matter of minutes after a report that the Biden administration is considering releasing about 1 million barrels a day from its strategic reserves for several months.

The overall release could be as much as 180 million barrels, according to people familiar with the plan, and an official announcement may come later Thursday. It would be significantly bigger than recent reserves sales by the US and the country may be joined by allies as part of an effort coordinated by the International Energy Agency.

Here’s what some top analysts have to say about the impact:

A potential release of crude from the Strategic Petroleum Reserve would help the market to re-balance this year, but it won’t solve a structural deficit for oil, analysts including Damien Courvalin said in a note. A release would reduce the amount of necessary price-induced demand destruction, but it’s not a persistent source of supply for coming years.

The release would help cap oil prices in the short-term, but it’s unlikely to make up for the losses of Russian oil exports, said Jeffrey Halley, a senior market analyst at Oanda Asia Pacific Pte. In the longer run, it means that the US SPR will be substantially reduced when demand typically climbs over the US summer driving season, a potential upside for oil prices.

“It is hard to overstate the scale of this intervention, if it bears out,” Managing Director Kevin Book said in a research note. It would be the largest drawdown volume announced in the 45-year history of the SPR, and would follow the second biggest, the 50 million barrel combined sale and exchange in November. As global consumption may outstrip supply by 800,000 barrels a day in the second quarter, the release of 1 million barrels a day from the SPR could bring supply and demand roughly into balance absent further disruptions. That, however, would do little to rebuild lean global inventories.

Given the Biden administration is taking a very muscular stance toward Moscow, the SPR release is being used as a tool to blunt the impact for US consumers, RBC Capital Markets said. Losses of Russian crude are likely to be enduring as the country will likely remain the most sanctioned nation on earth for the foreseeable future. It will be important to see whether this announcement will be an effective shock-and-awe tactic given that Russian energy losses are likely to climb as the campaign intensifies and the humanitarian crisis in Europe grows more dire, it said in a note.

The move is likely to be insignificant, with the key focus still being Russian exports, said Victor Shum, vice president of consulting at S&P Global. A wide range of outcomes are possible on Russian crude, with up to 7.5 million barrels a day of exports at stake. Any loss of Russian shipments could be replaced through higher output from Saudi Arabia and the United Arab Emirates and release of government-controlled reserves, at least for several months. Should Russian exports fall 3 million barrels a day from pre-invasion levels from April to December, that would be 825 million barrels, well above the 575 million barrels currently held in the already-shrinking US SPR, he said.

Previous release announcements have done little to assuage the market but the size of the latest potential move could have a more lasting impact on prices, said Suvro Sarkar, an energy analyst at DBS Bank Ltd. in Singapore. The actual impact on the market will depend on how the release happens — whether it’s via direct sales or replacement. The US currently holds about 570 million barrels in the reserves — the lowest since 2002 — and a 180 million barrel release without replacement would imply a more than 30% decrease. While the news could lower prices in the short term, it could lead to increased US demand in the longer term to refill the reserves, he said.

The release would be the largest ever if it all comes from the US, and that would help to ease some of the supply tightness, said Warren Patterson, Singapore-based head of commodities strategy at ING Groep NV. While it would take the volume of the nation’s Strategic Petroleum Reserves to the lowest levels since the 1980s, the US will likely push for a coordinated release so that the move will have a more meaningful impact on the market, he said.

A constant stream of incremental supply is what the market really needs to cool down prices, according to Vandana Hari, founder of Vanda Insights in Singapore. It’s also important that the US is a producer that’s capable of taking action as the country has enough surplus SPR and has the infrastructure in place to get the 1 million barrels a day of oil to the refiners in fairly short order, she said.

The release is a possible game-changer, and it offsets the loss of Russian supply for US refiners, said Stephen Innes, managing partner at SPI Asset Management. It still needs to be seen whether the move will be enough to stem the tide of rising prices, or change the perception that reserves releases are little more than band-aids, he said. This unexpected supply boost may temper bullish views for a little bit until more details emerge, Innes said.

Oil prices reacted quickly to the news, but there’s unlikely to be a major short-term impact on physical markets as the volumes are still relatively small compared with the losses due to the war in Europe, said Daniel Hynes, senior commodities strategist at Australia & New Zealand Banking Group Ltd. The release looks to be sizable compared with previous efforts, but there are issues around the timing, he said. Also, inventories could be squeezed in the medium term when demand picks up, leading to higher prices, Hynes said.