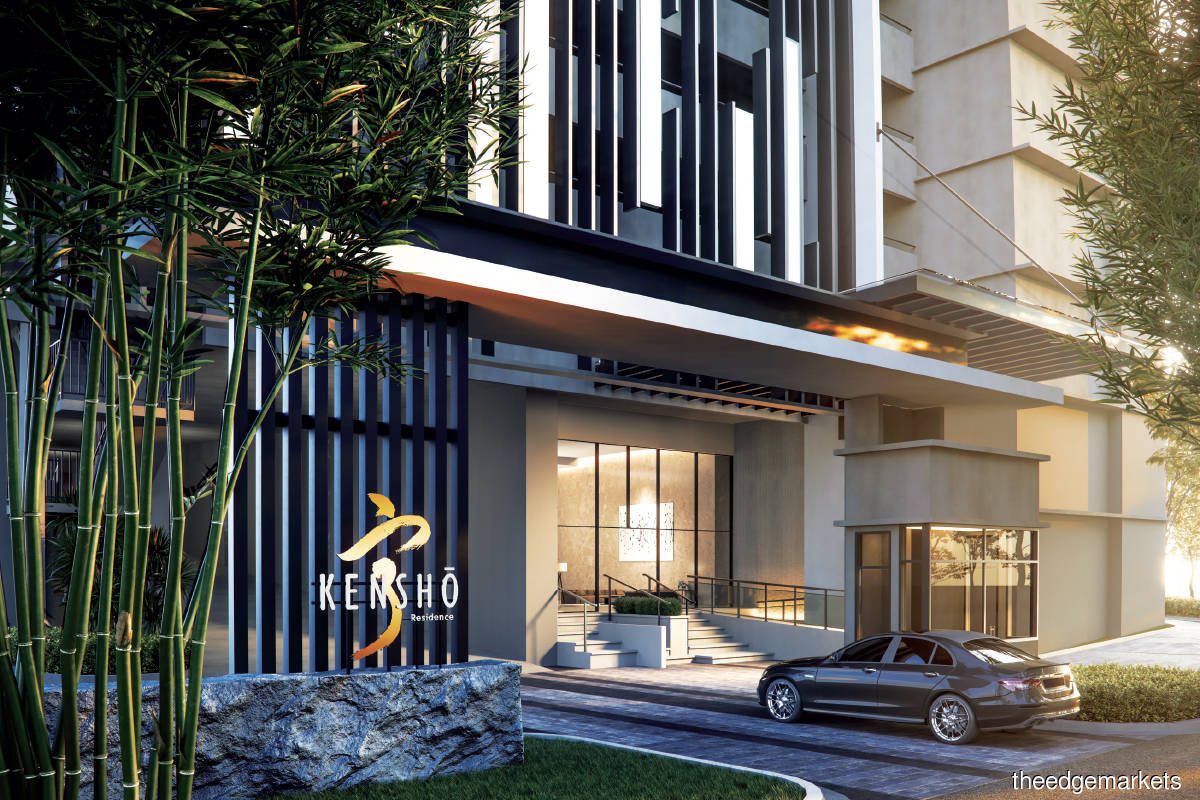 SCP Group is a familiar name to many as it is one of the country’s largest car park operators. Known as Systematic Corporate Parking Sdn Bhd when it was first established in 1999, SCP Group ventured into property development in 2011 and has consistently launched projects in the peninsula and Sabah, making a name for itself in the process.

Over the past 12 years, the group has completed and handed over more than 10 projects with a combined gross development value (GDV) exceeding RM4 billion in the Klang Valley and Sabah. Its latest completed projects are The Birch in Kuala Lumpur; Traders Garden in Cheras Selatan, Selangor; and Taman Bukit Damaisari Phases III and IV in Menggatal, Kota Kinabalu.

This year, SCP Group has four new launches in the pipeline: three in Kuala Lumpur (Kensh Residence in Taman Danau Desa, The Societe in Desa Sri Hartamas and a currently unnamed project in Setapak, the details of which are still being finalised) and one in Selangor (Mosaic Phases 1 and 2 in USJ). The first to be officially launched in 2023 is Kensho Residence with a GDV of RM219 million.

Stepping into the sales gallery on Old Klang Road, one is able to experience the concept of the development — Kensho connotes “peace” in Japanese — through details there, such as the wall design and the delicate scent in the air.

With the tag line “Reimagining Zen the modern way”, Kensho Residence is a leasehold project consisting of 310 serviced-apartment units on a 0.77-acre parcel in Taman Danau Desa. These units are sized from 456 to 1,034 sq ft in various layouts ranging from 1 bedroom to 3+1 bedrooms and 2 bathrooms. The selling price starts from RM563,000. “We want to create an environment where when you come home, you feel a sense of calm. That’s why we seek to create that kind of atmosphere through what you see and smell. We know the young generation is about feelings and lifestyles, so that is why we incorporated the [3,000 sq ft] gym and landscape,” he tells City & Country in a recent interview.

SCP Group senior project manager Lucas Wong explains that the massive gymnasium is meant to cater to the need for healthy living and lifestyle, post-pandemic.

“We are not holding back on gym equipment because we think it is a lifestyle many people are getting into and health is a big thing now. Nor do we want people to feel that this [lifestyle] is compromised,” he says. Kenshō Residence is a leasehold project consisting of 310 serviced-apartment units on a 0.77-acre parcel in Taman Danau Desa (Photo by SCP Group)

“Smart home technology allows greater control of energy use. It can save electricity through a simple setting on mobile applications. We want to tell people that this is the future and it is something they need. We [the directors] use smart home technology in our own homes and like it. Therefore, we offer it in our developments. EV charging stations enable us to be equipped for the future,” Wong adds.

He notes that the high quality of space in Kensho Residence will also be reflected by the interior finishes and fittings from renowned brands. The units will be partially furnished with kitchenettes and appliances. There will be two sets of cabinets — one set of upper and bottom kitchen cabinets and another set of bottom kitchen cabinets or island. The electrical appliances will include a refrigerator, an oven, a hob and hood plus a washer-dryer combo.

While bathroom cabinets are a given, the fixtures will be from either American Standard or Grohe. The units will feature selected floor and wall tiles from Venicera, composite flooring in bedrooms, a shower screen from Roman Showers, a concealed instant water heater from ­Intrix as well as grey-tinted glass and powder-coated aluminium sliding door and windows. There will also be a digital lockset at the main door.

As for the target market, Chuah says that SCP Group is eyeing married couples, nearby residents as well as empty nesters. About 10% of units have been sold since November, with buyers mostly from the surrounding areas. SCP Group’s highly anticipated Desa Sri Hartamas development — originally planned as a 33-storey serviced residence tower to be managed by Somerset of the Ascott — is now set to become a building with small office/home office (SoHo) units. It will be launched in the second quarter this year.

Known as The Societe, the freehold project sits on a 0.54-acre site, which had been an open-air car park, at the junction of Jalan 19/70a and Jalan 27/70a. Developed under the build-then-sell concept, the RM270 million development will offer 300 fully furnished SoHo units on top of an 8-storey retail and parking podium.

The still-unnamed Setapak project, which has a GDV of RM600 million, will comprise 1,809 serviced-apartment units on a 4.3-acre parcel along Jalan Langkawi.

Meanwhile, Mosaic Phases 1 and 2 will occupy a three-acre parcel near Da Men Mall in USJ, Subang Jaya. It will have 1,852 serviced apartment units, with a total GDV of RM800 million.

This year, SCP will hand over The Birch in Jalan Kasipillay off Jalan Sultan Azlan Shah (formerly known as Jalan Ipoh). The RM404 million freehold development on 1.86 acres comprises 681 serviced apartments spread across two blocks. All units, measuring from 611 to 983 sq ft, have been taken up. The 3,000 sq ft gymnasium caters to the need for healthy living and lifestyle

The Birch will have a three-tier security surveillance system as well as CCTVs and panic buttons installed in the car park. Facilities include a gymnasium, reflexology path, children’s playground and an Olympic-size infinity pool.

In addition to being just 300m from the upcoming Sentul West MRT station, it is close to the Sentul KTM and LRT stations and accessible via the Duta-Ulu Kelang Expressway, Jalan Tun Razak, Jalan Kuching and Jalan Sultan Azlan Shah. Nearby amenities include Sunway Putra Mall, Lourdes Medical Centre and Sentul Medical Centre.

Despite its success, SCP Group is not resting on its laurels. It has other ongoing projects, among which are Traders Park in Cheras Selatan, Selangor, and Acacia Phases 1 and 2 in Menggatal, Kota Kinabalu. Traders Park is a mixed-use development with 899 serviced apartments and 22 commercial lots. Sixty per cent of the total units have been sold. Acacia Phase 1, which has 288 apartments, is 95% sold while Phase 2 offering 256 apartments is 25% sold.

With a full plate of projects and four launches to look forward to in 2023, SCP Group appears to have successfully transformed itself from a pure car park operator into a developer with a notable track record.